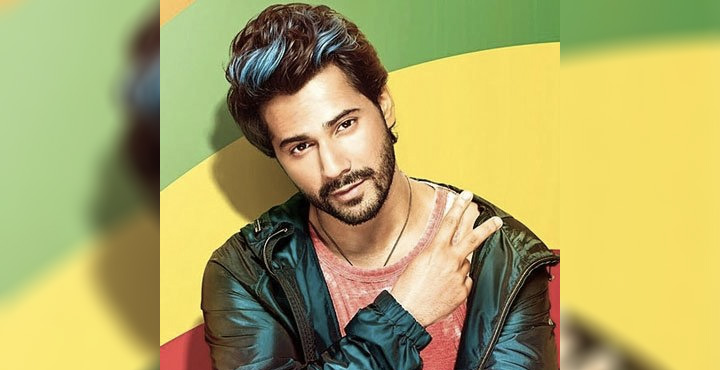 Varun Dhawan is the name of a famous Indian film actor, who is now one of the country’s highest-paid celebrities. Moreover, he is the son of the famous Bollywood film director David Dhawan. The actor started his journey on the big screen with Karan Johar’s romantic comedy film Student of the Year in 2012.

Dhawan was born in Mumbai, Maharashtra, India. As per wiki, he celebrates his birthday on April 24  and was born in 1987, which makes his age 32 this year. He completed his elementary schooling study at Bombay Scottish School, Mumbai. Later he moved to England, where he enrolled his name at Nottingham Trent University and received a graduate degree in Business Administration.

While he studies in London, he worked as a leaflet distributor for nightclubs. After graduation, he also applied for a job in a London based bank, but unfortunately, he got rejected. However, he decided to back in his own country and tried his luck on acting. Reportedly, when he was doing his graduation in London, he was also very much active as an extracurricular activity and also attended acting classes continuously. After return India, he joined Barry John’s acting school to enhance his acting skills.

As we know Who is the father of this skilled actor, so we have some clear information about his family background. Dhawan belongs to a famous Indian Hindu family. His father David Dhawan is a legendary film director of the Indian film Industry.

His mother is Karuna Dhawan. Dhawan has an elder brother, who also belongs to the same Industry and familiar as a film director. Rohit got married to girlfriend Jaanvi Desai. Varun uncle Anil Dhawan, also a well-known name of B-town.

With the glamour lifestyle and famous frame, there was no doubt that he has huge numbers of female fan followers. But in an interview, he revealed that Barun had a love affair with an anonymous girl when he was studying HR college.

On the other hand, there were some rumors about his name was involved with famous actress Taapsee Pannu during Judwaa2. Even they were spotted in some event s and spending persona time together.

Above all, he has a love affair with his childhood Natasha Dalal, who is also known as a famous fashion designer. The couple is in this relationship for almost a decade and it was confirmed by Varun on the show Koffee with Karan 6. Even, it was also rumored that they had got engaged in private. Reportedly, the couple will tie a knot soon with a grand marriage ceremony.

He did graduation in Business Administration at Nottingham Trent University. Later he applied for a job in a London based bank but he was rejected from there. Then came back to India and tried his luck on the Indian show biz arena.

In early, he worked Director Karan Johar for the Bollywood film My Name is Khan as an Assistant Director in 2010. Later director Karan Johar introduced him as an actor in the movie Student of the Year in 2012. In this film, he appeared in the lead along with two other debutantes Sidharth Malhotra and Alia Bhatt. With this film, he earned huge popularity through his acting skills and performance. The film was a commercial success and also he was nominated in Best Male Debut at Filmfare.

After that, he appeared in several Big Bollywood films like Main Tera Hero, Humpty Sharma Ki Dulhania, Badlapur, ABCD 2, Dishoom, and many more. In 2015, he worked with Bollywood’s popular couple Sharuk and Kajol in the film Dilwale. Film Badrinath Ki Dulhania, where he played the role of Badri along with Alia Bhat. He played the twin role in the film Judwaa 2 along with Jacqueline Fernandez and Taapsee Pannu.

The rising actor packed his bag with the opportunity one by one. Most recently, he appeared in some notable films like October, Nawabzaade, Sui Dhaaga, and Kalank.

From the records of his previous films, there is no doubt that he has lots of films in his bag. According to the source, Dhawan has signed three upcoming projects. One of those Remo D’Souza’s dance film Street Dancer, which was completed and will be seen in the lead along with Shraddha Kapoor. An adaptation of his father’s 1995 film of the same name, Coolie No. 1, where he is filming along with co-star Sara Ali Khan.