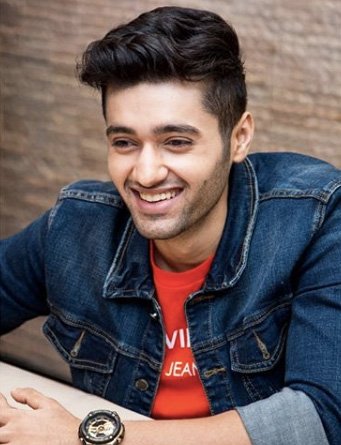 Utkarsh Sharma is a Bollywood superstar who debuts as a lead actor in his upcoming film Genius. But he is more known for being a child actor. He is the kid who appeared in the blockbuster love story movie of Ameesha Patel and Sunny Deol in the film Gadar- Ek Prem Katha.

Utkarsh Sharma was born on 22 May 1994 in Mumbai, India. His father name is Anil Sharma, who is a

famous director and filmmaker in Bollywood. His mother Suman Sharma is a housewife. Sharma is elder child of his parents. He has a sister named Kairvina Sharma and she is a musician.

He has completed his schooling from Jamnabai Narse School, Mumbai, while for his graduation he headed to California for his studies in Cinema. He completed his graduation in filmmaking from the reputed Chapman University, Orange, California, the United States. Later did another program in Cinema from the known Lee Strasberg Theatre and Film Institute, New York.

As he is the son of a director, he was already exposed to the film industry from his childhood. In fact, he appeared as a child artist and gave a brilliant performance in the blockbuster movie Gadar – Ek Prem Katha in

2001. His performance won many hearts, but he did not appear in any movie after that, as his father wanted him to concentrate on his studies. After completed his study, Utkarsh is all set for the making is a career. In 2018, Utkarsh would be doing his debut in B Town as an adult start with his own father’s venture called Genius, which is to be released on 24 August 2018.

About His Film & Teaser:

Genuis has been directed by Anil Sharma and also stars Nawazuddin Siddiqui and newcomer Ishita. The teaser of this film was unveiled on Thursday evening. The 31-second teaser shows Utkarsh in the midst of Holi revelry. As the teaser opens, we see a person, perhaps the hero of the film, running over heaps of bright-colored Holi powder (gulaal). The setting looks like a Rajasthan fort or a haveli. There are many other people in the background taking part in the festivities. There is a water body close by.

After several shots of flashes of color with the fort in the background, we get a glimpse of Utkarsh. Yet, we can hardly make out what he looks like — as the screen fills up with red, we see a dancing Utkarsh emerge. He is sporting a yellow and black T-shirt and has sunglasses on — quite a striking image as he stands out in a ‘pool’ of red.

Sharma is not married yet and there has been no news of his dating to anyone till now on the Internet. He is now focusing on his career.