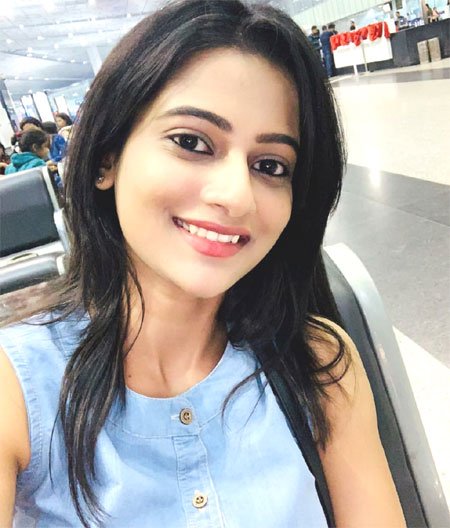 The actress was born on 17 October 1993 and her estimated age is 26 years (2019). She was born and brought up in Chandigarh, India. She is very good looking and has an amazing acting skill. Ushasi got the first big break from Milon Tithi. She is a very brilliant student from childhood. The actress passed Secondary exams Kamala Girls’ High School. Then She did graduate in history from Asutosh College in Kolkata.

Ushasi belongs to Indian Hindu Bengali cultural well-educated family from Kolkata. Her father name Dev Ray, Assistant Director and Screenplay Writer and her mother is a house maker. She is currently unmarried and not dating anyone. Also, there was no any kind of information about her personal life. We will update you soon. Ushasi Ray is a great classical dancer and performer. She did many stage performances around Kolkata. She first appears in Milon Tithi Bengali television soap which was air on Star Jalsha. It is produced by Acropolis Entertainment Pvt. Ltd. Ushasi Ray plays Ahona Mallick, main lead with Jeetu Kamal.

Then she did Jai Kali Kalkattawali Star Jalsha television soap as Muniya (Cameo) in 2017. Now Ushasi is doing Bokul Kotha and she got huge popularity this time. The show is a remake of the Odia serial “Sindura Bindu” that aired on Zee Sarthak. She is playing lead Bokul Roy along with Honey Bafna. It’s also produced by Acropolis Entertainment. The serial got high TRP and audience appreciation. Bokul Kotha started air from 4 December 2017 and airs on Zee Bangla Monday to Saturday.