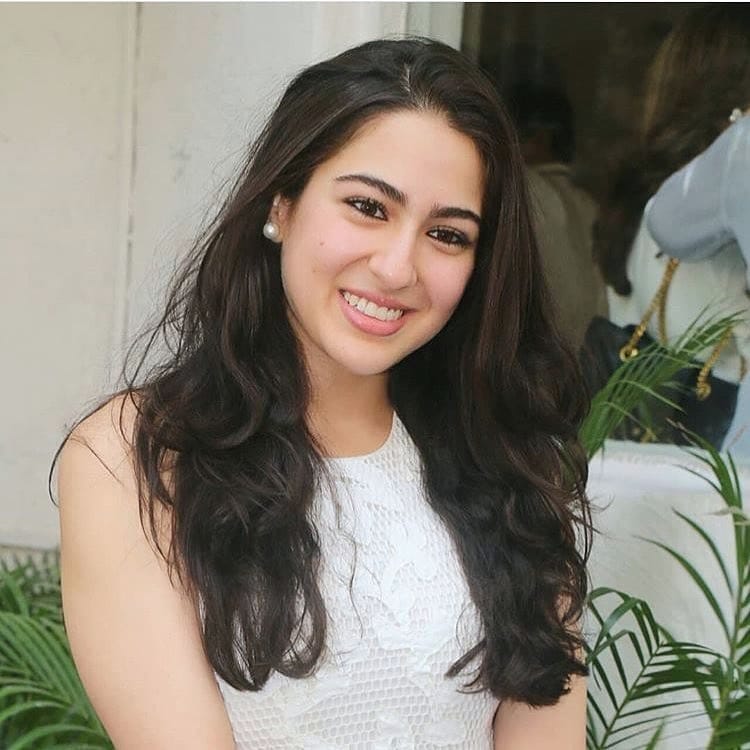 Sara Ali Khan is the daughter of famous Bollywood actor Saif Ali Khan and his ex-wife, Amrita Singh. And also she is an upcoming actress of Indian film Industry. Sara is going to debut this year in Abhishek Kapoor’s Kedarnath in the opposite of Sushant Singh Rajput. She will be also seen Rohit Shetty movie with Bollywood superstar Ranveer Singh. Sara was born on September 1993 into an India’s most prestigious family.

Sara completed her graduation from Columbia University in New York in 2016. She is looking so pretty, like her mother.

Her parents Saif & Amrita got divorced in 2004 after 13 years of their marriage. After the separation, her father got married one of the most popular Bollywood actress Kareena Kapoor on 16 October 2012. Along Ibrahim, she has also a stepbrother Taimur Ali Khan. Khan is unmarried and in a relationship with Veer Pahariya, who is the Grandson of former Union Minister Sushil Kumar Shinde. But also there is rumored to be dating Harshvardhan Kapoor. Sara Ali Khan appeared with her mother Amrita Singh in a photoshoot for a magazine cover Hello. After that, she got many modeling offers but her parents wanted her to complete her studies first. In 2016, she has completed her graduation from Columbia University, New York. According to reports, she will make her Bollywood debut with Rohit Shetty’s Simmba. Simmba is an adaptation of 2015 Telugu blockbuster film Temper making it even more interesting to watch. The film has superstar Ranveer Singh playing the male lead and the film will release on 28 December 2018. She is very much active on social media. Her every post goes viral in a short time.

Saif Ali Khan how to best use her slender frame and hovering height to look appealing yet not OTT. Take a look at some stunning desi avatars of Saif Ali Khan fashion style. Because Sara is a star kid, She got a lot more media attraction. For while she had huge social followers. Like many Bollywood Actress, she doses gym to fit the body. Sara looked extremely cheerful as the shutterbugs clicked her. Sara Looking Gorgeous in white sari with a simple look.