Sandipta Sen (Bengali: সন্দীপ্তা সেন) is one of the top Actress in Indian Bengali TV. She is well known for her stage name  Nandini in Tumi Asbe Bole. She is a very cute, beautiful and talented actress. Sandipta was born on August 27, 1986 in Kolkata, West Bengal. Sandipta is the name one of the most educated TV actresses in Bengali Television Industry. In 2008, she completed B.Tech in Civil engineering from Pailan College of Management and Technology, Joka, Kolkata, West Bengal. 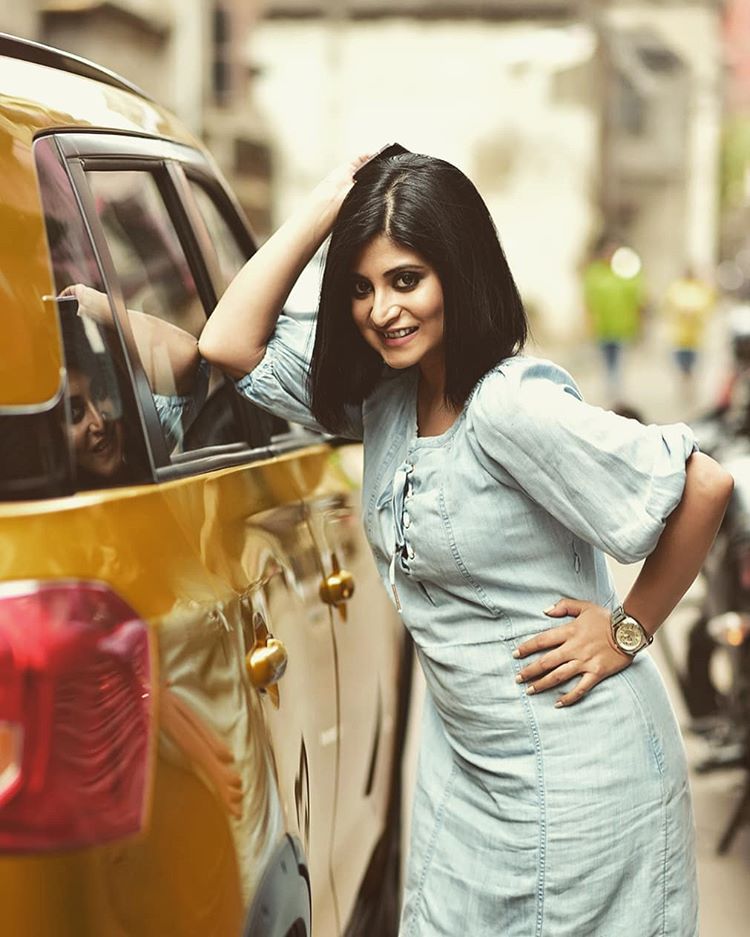 In this following year, Sen made her acting debut with a TV serial Durga, which was aired in Star Jalsha. It was an emotional saga of a simple village girl who gets married into an urban wealthy family, to the mentally unwell scion of the family. This show marked another debut of actor Gaurav Chatterjee, who is the grandson of legendary Bengali actor Uttam Kumar.

Recently Sandipta is seen in another Star Jalsha’s TV serial Pratidaan. And still working with this production house.

The good looking actress was born to a Bengali Hindu family. But her family details are not available on the internet. Her Religion Hinduism, Nationality Indian and Zodiac Sign Virgo.

Sandipta Sen is unmarried and she has not any boyfriend or relation. But there were some rumors that actress

Sandipta was involved in a relation to Rahul Banerjee (who was already married to Actress Priyanka Sarkar) during the time of Tumi Asbe Bole. But however, no comment was made on this subject. Some Facts About Sandipta Sen: