Pooja Hegde is the Indian famous film actress and model. She predominantly appears in Telugu and Hindi films Industry. She also a former beauty pageant contestant and finished as the second runner-up in Miss Universe India 2010 competition. Pooja was born on 13 October 1990 in Mangalore, Karnataka, India. But she brought up in Mumbai, Maharashtra and also did her schooling from this city. She completing her graduation from  M.M.K College, Mumbai and also did her master’s degree in commerce. She looking very good and earned huge popularity by her acting skills. And now she is one of the successful actresses in the Indian film industry. 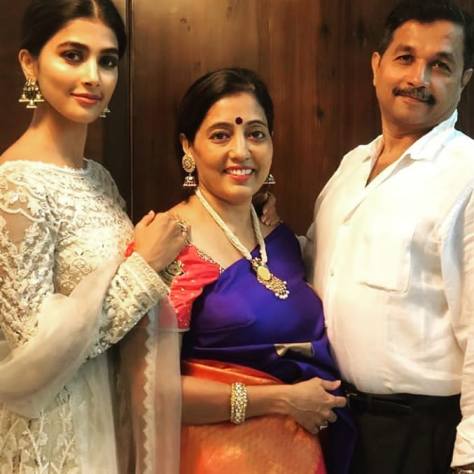 She belongs to the Hindu family from Udupi, Karnataka. Her father’s name is Manjunath Hegde and her mother’s name is Lata Hegde. She has a younger brother name Rishabh Hegde, who is a professional doctor.

This good looking actress is currently unmarried and not dating anyone. And also there was no kind information or rumors about her personal life or love life.

In 2009, she appeared in Miss India But she was eliminated early. After that, she completed as the second runner-up in Miss Universe India 2010 competition. In the same year she also crowned Miss India South Glamorous Hair competition.

She kick off her acting career with Mysskin‘s Tamil superhero film Mugamoodi with Jiiva in 2012. But unfortunately, this film received negative reviews. In 2014, she appeared in a Telugu movie Oka Laila Kosam with Naga Chaitanya. From this movie, she crowned huge popularity by her brilliant performance and also was nominated for Best Actress at the 62nd Filmfare Awards South. In 2014, she appeared in the first Bollywood film Mohenjo Daro with Hrithik Roshan. This film was directed by Ashutosh Gowarikr. After that, she appeared in many commercial advertisements. According to the news Hegde will be seen in Bollywood upcoming movies Housefull 4.