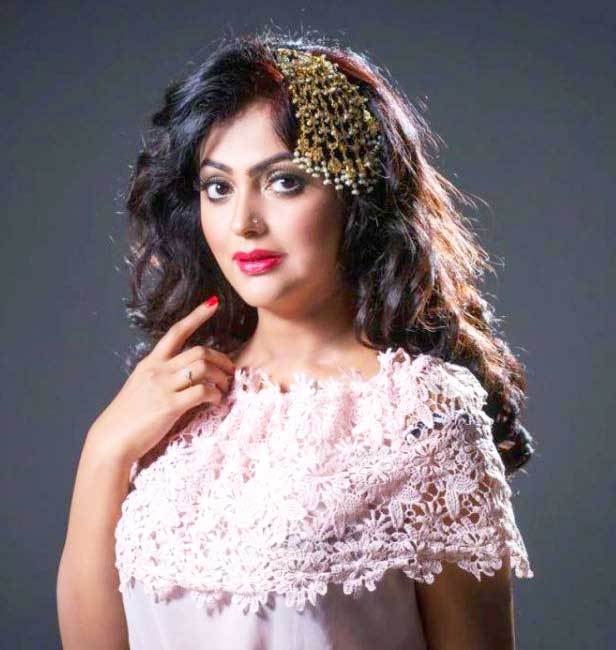 Nasrin Akter Nipun is commonly known as Nipun Akter is one of the popular Bangladeshi Film and TV actress. Nipun  was born June 09, 1984 in Comilla, Bangladesh. Nipun Akter won the National Film Award twice. He is a very cute, hot, beautiful, magnificent, graceful and talented actress. Her acting skill is so good and every audience likes her so much. After completed an intermediate examination of her, she was going Russia for higher studies in 1999 and completed her Engineering graduation in Computer Science from Moscow University. Then she moved to Los Angeles, United States. Her debut movie was Rotnogarva Ma (Not released) but her first released movie was Pitar Ason. Nipun said “I left the country after completion of intermediate in 1999. I stayed in Moscow up to 2004 for higher studies. In the meantime, I got married and went to the United States for a living. I had a job in a pharmacy there. Life was good enough. I came back to Bangladesh in 2006 for a short visit. I got offers for acting in the film at that time suddenly. There is no one in my family who ever performed in films. So I came to act here out of curiosity. But the interesting fact is that the very first movie in which I acted has yet to be released! My first released movie is ‘Pitar ashon’.” Nipun has a daughter named Tanisha. Bangladeshi Film Actress Nipun has so far grabbed two National Film Awards. First of all, she received the national award for the movie ‘Shajghor’ and afterward in 2009 she received a national award for acting in the movie ‘Chader moto bou’.Nipun also received other awards, including the BABISAS Award, DCRA Award, New face of the year 2006 Award and Best performer 2007 Award. You can read Alisha Pradhan, Mahiya Mahi, Shabnom Bubly.