Madhumita Sarkar ( Bengali: মধুমিতা সরকার ) is an Indian television actress and model from Kolkata. She is well known for her stage name Pakhi. Now she is most popular TV Actress for her character Pakhi in the serial Bojhena Se Bojhena. Madhumita made her acting debut with the television serial Sobinoy Nibedon in 2011. Bio/Wiki: Madhumita Sarkar was born on October 26, 1994, Kolkata, West Bengal, India. From early childhood she interested about media arena. Madhumita enrolled at Jadavpur University and completed her graduation from the university in Philosophy.

Her family details are not available on the Internet. Her Religion Hinduism, Nationality Indian and Zodiac Sign Scorpio.

About her relationship, she married Sourav Chakraborty, who is also an actor and work in Bengali TV serial. The couple is engaged since 2011. In 2011, Sarkar made her on-screen debut with the Television serial Sobinoy Nibedon. In the same year, she appeared in another Tv serial Care Kori Na (STAR Jalsha). She is a very popular actress in Bangladesh as like Kolkata.

The nice-looking actress got popularity and earned a huge fan frame after appeared in the blockbuster TV serial Bojhena Se Bojhena with co-star Yash Dasgupta and it also aired on STAR Jalsha. Madhumita starred in the

serial for its central character Pakhi which gets the huge attention by audience and media. The character Pakhi is an ideal one to the younger girl of Bangladesh and her dress in the serial is more desirable. Currently, she appeared in the serial Kusum Dola (STAR Jalsha) and still working in this serial. In this serial, she playing role of a village girl Imon Chatterjee, who has eventually married with Sourav. 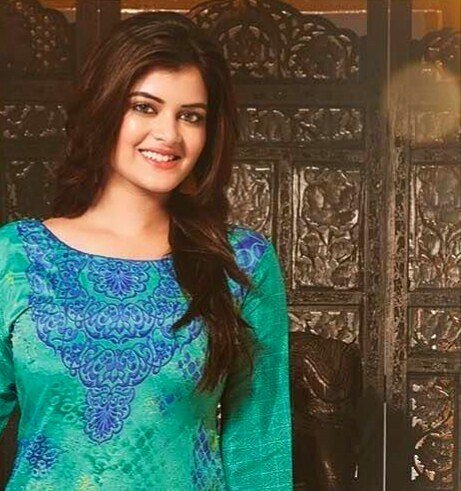