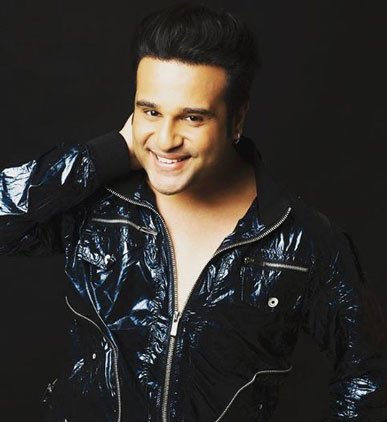 Krushna Abhishek is the name of a famous Indian film actor and stand-up comedian, who earned more after appeared he participated in Comedy Circus. He also got recognized for his work in films like Bol Bachchan and Entertainment.  Since 29 December 2018, he is also a part of The Kapil Sharma Show Season 2. Abhishek Sharma, who is better known with stage name Krushna Abhishek was born in Mumbai, Maharashtra, India. As per wiki, he celebrates his birthday on May 30 and was born in 1983, which makes his age 37 this year. He did his schooling study at Lorain High School but his higher educational status still under secret. Form early childhood he wants to be a dancer but he suddenly discovered his interest in acting and incidentally he is now one of the most successful comedians of the Indian film and television industry. Behind his success reason is his good looks and most importantly his unique personality. His style and wisecrack humor often attract audiences toward him. His zodiac sign is Gemini. He belongs to an Indian Hindu family where most of the people connected to the entertainment industry like famous Bollywood actor Govinda and Ragini Khanna. His father named Atmaprakash Sharma and his mother’s named Padma Sharma, who died due to cancer in 1984. He has a sister named Arti Singh, is also belongs to the same industry as an actress. 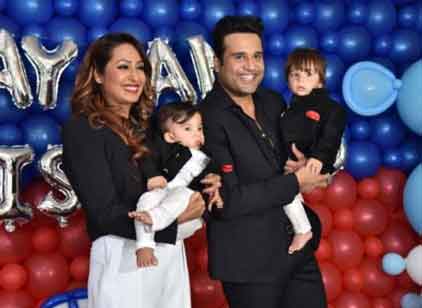 Talking about his personal life, first of all, he is a married person. Krushna married to actress Kashmira Shah in 2013. But before that, he was rumored that he was in a love relationship with actress Tanushree Dutta. On the other hand, his wife Kashmira also was in a relationship with film producer Brad Listermann since 2002. Later they got separated in 2007. Krushna and Kashmira welcomed their twins’ son in 2017. Krushna never thought about becoming a comedian and actor. From an early age, he wanted to be a dancer and participated in numerous dance reality shows, including, Nach Baliye and Jhalak Dikhhla Jaa. He kicks off his acting journey through the Bollywood film Yeh Kaisi Mohabbat Hai in 2002. Krushna also appeared in various seasons of stand up comedy shows such as Comedy Circus, including, Comedy Circus 2 and Comedy Circus 3 where he was a wild card entry song with Sudesh Lehri. In 2008, he became the part of the reality show Kabhi Kabhii Pyaar Kabhi Kabhii Yaar along with his soulmate Kashmira and completed the competition as the winner. In 2012, he played the role of Ravi Shastri in Bol Bachchan along with Ajay Devgn and Abhishek Bachchan. After two years he also got a chance to appeared another Bollywood’s big film Entertainment in 2014 along with Akshay Kumar. In 2016, he appeared as a guest in India’s most controversial reality show Bigg Boss 10.