Kareena was born on born 21 September 1980 in Bombay (Mumbai), Maharashtra, India. She did her schooling at Jamnabai Narsee School in Mumbai. Later she completed her graduation at Welham Girls School, Dehradun. Later she attended Mithibai College, where she studied commerce for two years. After that, she moved to the United States, where she enrolled herself for a three-month summer course in microcomputers at Harvard Summer School. Then she developed an interest in law and enrolled at the Government Law College, Mumbai. After completing her first year, Kareena decided to make her career in acting. Therefore she started training at an acting institute in Mumbai mentored by Kishore Namit Kapoor, a member of the Film and Television Institute of India. 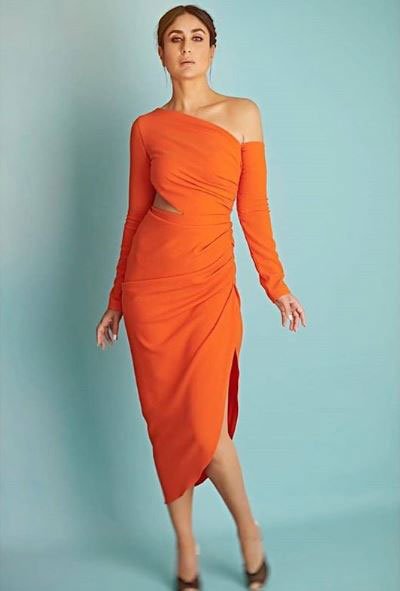 Kareena Kapoor Father Randhir Kapoor, an actor and her mother Babita, an actress. She has a younger sister Karisma Kapoor, an actress. Kareena Kapoor House Address Fortune Heights in Bandra West, Mumbai & 4 floors duplex in Bandra, Mumbai. She is the paternal granddaughter of actor and filmmaker Raj Kapoor, maternal granddaughter of actor Hari Shivdasani. Kapoor is the niece of actor Rishi Kapoor.

Kapoor is also a step-mother of two grown-up kids Sara and Ibrahim when she tied a knot with Saif Ali Khan.

In 2000, she made her debut with J. P. Dutta’s war drama Refugee along with  Abhishek Bachchan. But in early 2000, she was cast as the female lead in Rakesh Roshan’s Kaho Naa… Pyaar Hai. After several days of shooting, I abandoned the project. Later she explained that she had benefited by not doing the film since more prominence was given to the director’s son. The film Refugee was a moderate box-office success in India. For this film, she won her 1st ever award, the Filmfare Award for Best Female Debut. After that, she appeared in Satish Kaushik’s box-office hit film Mujhe Kucch Kehna Hai, along with Tusshar Kapoor.

Kapoor next shared the screen with Hrithik Roshan in Subhash Ghai’s film Yaadein. But unfortunately, the film did not get much attention from the critics. In the same year, she appeared in Abbas-Mustan’s thriller drama Ajnabee, along with Akshay Kumar, Bobby Deol, and Bipasha Basu. Her next film of that year Aśoka, a partly fictionalized account of the life of the Indian emperor of the same name. How ever, Kapoor continued to work in a number of projects like Mujhse Dosti Karoge!, Jeena Sirf Merre Liye, Talaash: The Hunt Begins…, Khushi, Main Prem Ki Diwani Hoon, Chameli, Yuva, etc.

Kapoor is one of the most beautiful female actresses, who won many awards for outstanding performance is commercially successful films such as Kabhi Khushi Kabhie Gham 3 Idiots, Kurbaan, Heroine, Bajrangi Bhaijaan and Udta Punjab, etc. She also appeared in some Tv serials like Punar Vivah, C.I.D., and Naagin 3. In 2019, she appeared as Judge in Dance India Dance Battle Of The Champions.