Kanchi Singh is an Indian TV serials actress. She mainly works in Indian Hindi TV serials and made her on-screen debut as a child artist in serial Kutumb in 2003. After appearing in several TV serials. Kanchi was born on 27 March 1996 in Mumbai, India. She is very much pretty and stylish girl, who can impress her audience through her best acting performance. 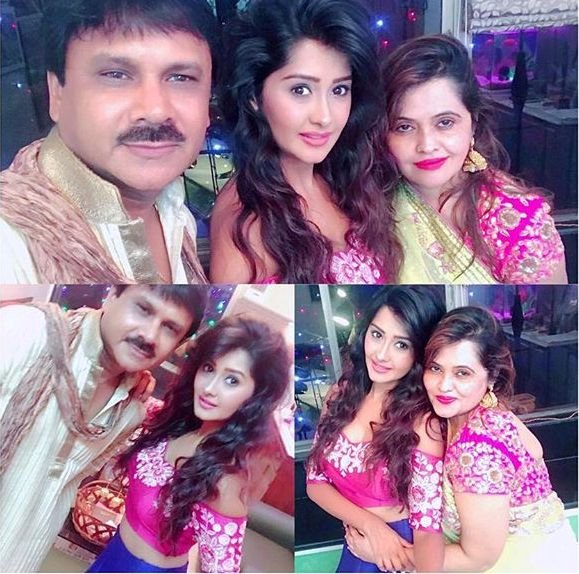 The stylish actress born into a Hindu Indian Family. Other information about her family like her father’s name, mother’s name is not available on the internet.

She is currently unmarried. But there was some information about her personal life. Kanchi has an open relationship with actor Rohan Mehra. Kanchi mainly works Indian TV serials. She was started her acting career from an early age. In 2001, she was made her debut on-screen as a child artist in the Hindi Serial Kutumb.

After that she appeared in another TV serial in supporting role of Cherry Suryendra Bharadwaj in Sasural Simar Ka. Later she appeared in lead role  of Avni Raj Purohit in Indian romantic

TV serial Aur Pyaar Ho Gaya in 2014. In the same year, she played the episodic role of Veebha in the TV serial Pyaar Tune Kya Kiya. In 2016, she appeared and still playing the role of Gayatri Deora in Star Plus’s most popular TV serial Yeh Rishta Kya Kehlata Hai with Shivangi Joshi. With an attractive physical appearance, she is very much fashionable and styles. The beautiful tall lady height approx 5’6″. As per her modeling career, she also focuses on her body fitness and her weight approx 55 Kg. She Looking Very beautiful and now she is Most of the people’s favorite actress in this Industry. And she also very much active on social media. Kanchi uses her Instagram feed to influence people with her suave dressing sense. Most of the people like her very for cuteness and she has almost 1.6 million followers on her Instagram. On the occasion of Ganesh Chaturthi, She wore an elaborate lehenga choli in metallic silver combination.