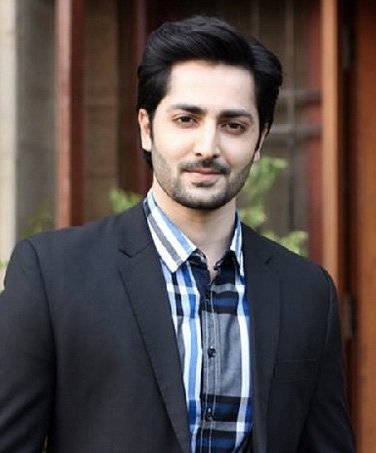 Danish Taimoor is a Pakistani actor and model.  He started his career as an actor in showbiz. He was born on 16 February 1983.

Danish Taimoor is born on 16 February 1983, in Karachi, Pakistan and he is residing with his family in the same city. He has a brother Zahid Taimoor who is also working in showbiz as a model. He has done MBA from the University of Karachi.

In 2005, he began his career appeared in “Mystery Series” (Do saal baad, Dracula); both episodes were directed by Imran khokhar and aired on Indus Vision. He worked in many TV serials on different Tv channels. He played many versatile roles on the screen including, comic, serious, negative, romantic, and positive. Some hit Tv serials of Danish are Saari Bhool Hamari Thi, Meri Behan Maya, and Kash Mai Teri Beti Na Hoti on Geo TV, Sannata, Ghayal, and Lamha Lamha Zindagi on ARY Digital, Rehaai, Aik Pal and Mannchalay on Hum TV, Shert, and Jab We Wed on Urdu 1, Na Katro Pankh Mere on ARY Zindagi and many more. He also worked in many telefilms such as Teri Meri Love Story on Geo TV, Neeli Chatri on ARY Digital, Love Hit Tu Life Hit of Hum TV and many more.

He made his Lollywood debut with the Pakistani film “Jalaibee” in 2015, in which he played a leading role. After that, he worked in many hit Lollywood movies such as Wrong No, Tum Hi To Ho, Zeher-e-Ishq, Mehrunisa V Lub U, and Wujood.

He married actress Ayeza Khan after being in a relationship with her for 7–8 years on 8 August 2014.