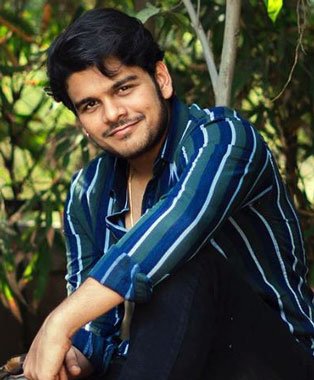 Bhavya Gandhi is the name of an Indian actor, who is better known for his portrayal of Tipendra Gada or Tappu in the popular Indian Tv serial Taarak Mehta Ka Ooltah Chashmah. Recently, he was seen in &TV’s comedy serial Shaadi Ke Siyape, where he played the character of Nanku. Bhavya was born in Mumbai, Maharashtra, India. As per wiki, he celebrates his birthday on June 20 and was born in 1997, which makes his age 23 this year. His zodiac sign is Gemini. After completing his elementary schooling study from a private school, he enrolled his name at the University of Mumbai, where he did his graduation in Bachelor of Commerce. Since an early age, he had a strong passion for acting and wanted to make his career in the Indian showbiz arena as an actor. Later he developed his interest to become a director.

Gandhi belongs to a Mumbai based Gujrati Hindu family. His father’s name and professional details are not present on the internet while his mother name Yashoda Gandhi is a homemaker.

He has an elder brother. Bhavya is the cousin of Samay Shah, who played his on-screen friend Gurucharan Singh Sodhi (Gogi) on Taarak Mehta ka Ooltah Chashmah. As we know he had a strong passion for the entertainment industry. So he started his journey in Indian show biz arena as a child artist with his breakthrough role of Tipendra Gada or Tappu in the popular Indian Tv serial Taarak Mehta Ka Ooltah Chashmah. He played the role from 2008 to 2017 along with Disha Vakani and Dilip Joshi. He also appeared in an episodic role for Sony TV’s comedy show Comedy Ka Daily Soap in 2010. Most recently, he played the role of Nanku in the Tv serial Shaadi Ke Siyape. Apart from being a Tv star, he also became part of several Indian films. In 2010, he made his film debut with Chandan Arora’s directed film Striker.