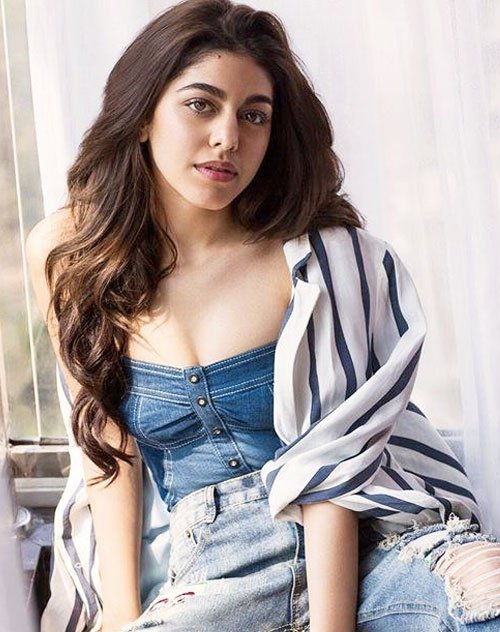 Alaya Furniturewala is an Indian Actress and Model. She is a daughter of glamorous actress Pooja Bedi and her former husband Farhan Furniturewala. She will be a debut with Saif Ali Khan. Aalia came in limelight when she participated in a beauty contest with her mom in a reality TV show called Maa Exchange that got aired at Sony Entertainment. Alaya F was born on 28 November 1997 in Mumbai, India to the famous Bollywood actress Pooja Bedi and Farhan Furniturewala. When she was just 6 years old, her parents separated and later finalized their divorce in 2003. After that Pooja Bedi got custody of both her son and daughter and raised them all on her own.

From childhood to teenage she is a very studying student. So she decides she will become a law-year. After growing up she wanted to become a filmmaker and then Alaya decides, she wants to act in front of the camera. Alaya is the daughter of glamorous star Pooja Bedi and Farhan Ebrahim, who is the MD of Furniturewalla. She is also the older of the two siblings and has a younger brother, Omar Ebrahim. Aaliya is also the granddaughter of the famous actor Kabir Bedi and former model turned classical dancer Late Protima Bedi.

Aalya has been spotted with a mystery guy a number of times but there has been no revelation about who the guy is. Recently she is rumored to be dating Harshavardhan Kapoor. She hasn’t made any debut on the big screen yet but has been part of several soap operas alongside her mother. Aaliya is best known for her appearance on the television show, Maa Exchange. According to the news, Alaya is now all set for Bollywood. She is ready to make her Bollywood with Nitin Kakkar’s film

Jawani Jaaneman along with the Bollywood superstar Saif Ali Khan. In this movie, she playing the role of a teenage girl and daughter of Saif Ali Khan. The teaser of the film was unveiled on Friday. The poster of Jawaani Jaaneman features Saif Ali khan lying on a bed with women, holding a green bottle. Moreover, Saif Ali Khan can be seen wearing a playboy chain, flaunting his arm tattoo with a smirk. The film will be hitting the screens on 31st January 2020 by sharing an intriguing poster.